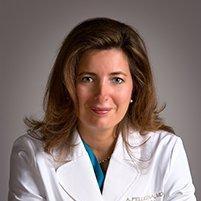 Although ovarian cysts are very common, they can be excruciatingly painful, and in some cases, they may be cancerous. Scheduling regular annual physicals and visiting with your doctor when you have signs or symptoms of problems can ensure ovarian cysts are diagnosed and treated early. Dr. Alexandra Pellicena provides safe, effective treatment of ovarian cyst in her Houston, Texas office.

What is an ovarian cyst?

What are the signs and symptoms of ovarian cyst?

Many women have no symptoms associated with ovarian cysts, while other women experience pain that comes and goes on just one side of the lower abdomen. Sometimes, ovarian cysts rupture or bleed, causing sudden, very severe pain.

Many women seek treatment in urgent care or the emergency room following the rupture of an ovarian cyst due to the pain associated with it. Because symptoms don't accompany most ovarian cysts, most are diagnosed during your routine annual physical or during an imaging test that you've had performed for a different reason.

How are ovarian cysts diagnosed?

Your OB/GYN will review your medical history and perform a physical and possibly pelvic examination. If they believe you might have an ovarian cyst, they order an ultrasound.

During this non-invasive test, sound waves are used to create pictures of your ovaries and other internal organs. A radiologist reads the exam to determine whether cysts are present.

How are ovarian cysts treated?

Only your doctor can determine the right treatment for your ovarian cyst. In most cases, they advise watchful waiting.

With watchful waiting, your OB/GYN monitors your cyst to monitor for changes or complications without administering treatment unless necessary. In many cases, the cyst resolves on its own after just a month or two of watchful waiting.

Will I need surgery to remove my ovarian cyst?

Speak with your OB/GYN about the most effective treatment for your ovarian cyst. Surgery is rarely recommended but may be necessary if your cyst is enlarged, causing unbearable symptoms, or suspect of cancer. Surgery to remove the cyst from your ovary is a cystectomy, while surgery to remove the ovary is called an oophorectomy.